Not sure how many you folks have entered the series from the very beginning. I first encountered the game was back in 2009, when ACII debuted its brilliant performance for the world. To me, ACII will be and always be the apex of the franchise and continue to inspire fans to follow the grand assassin master Ezio Auditore.

Assassin’s Creed franchise’s every title is bought after each release, no matter how the criticism and reviews are. Talking of video games, I sure have traveled a long trip with thousands of hundreds games, and Assassin’s Creed would always be an axis at the center of everything.

The scope and the mechanics within always depict the grand glamorous beauty that thousands of developers have poured their ideas and efforts in, for constructing a delicate masterpiece.

Along the franchise growth, every title, you can seek out new elements and mechanics lied within, and more new challenges and inspirations that keep you ongoing.

Back to the very early age of Assassin’s Creed series, ACI was released on 2007. Back in the day, I still remember me as a child was turning pages of a magazine and came across the intriguing description, as how an assassin should blend into the environment and keep his anonymity intact, by keeping hands together, looking like a pilgrim and walk among them. 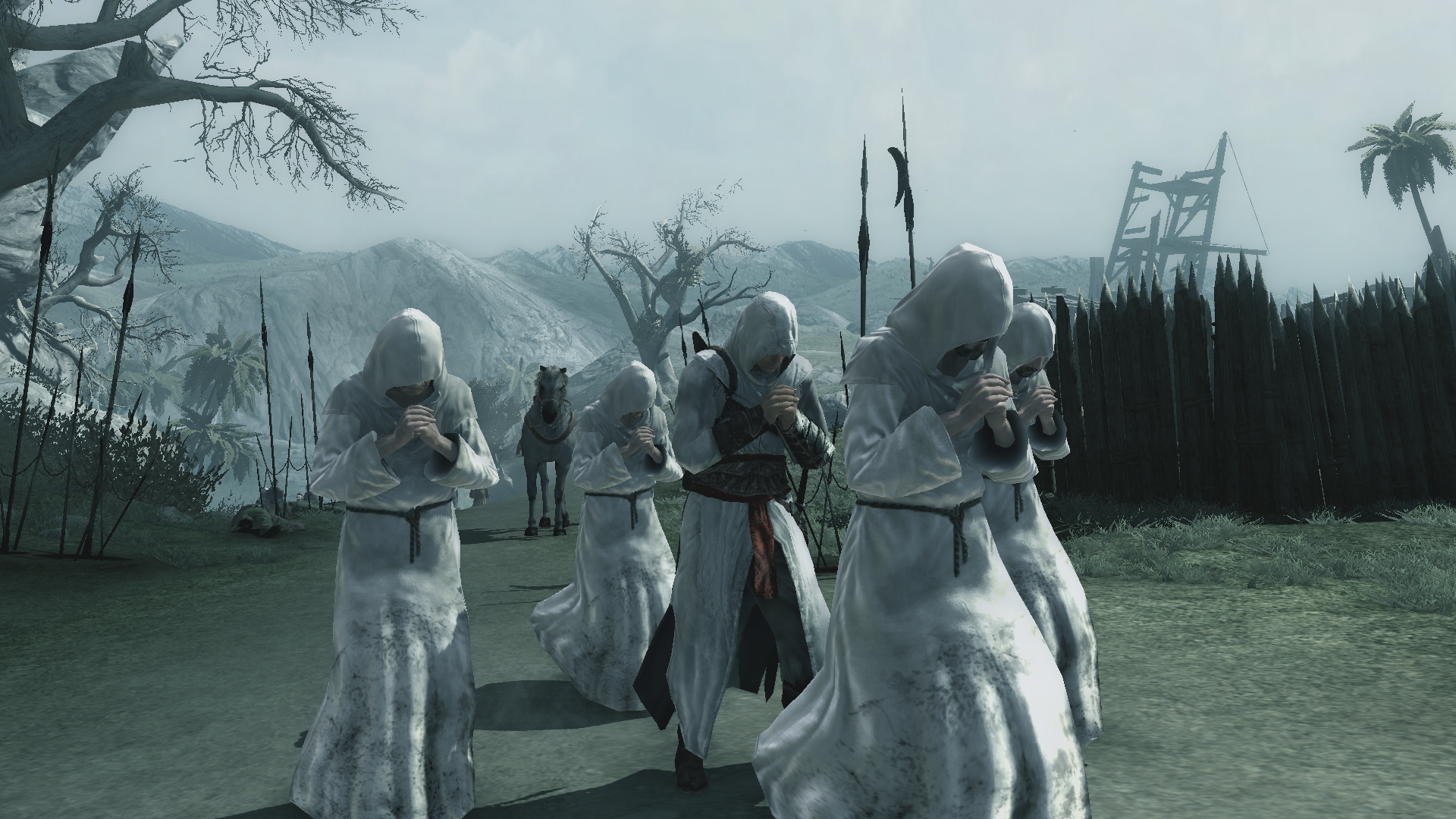 The Legendary Story of the Grand Master of Assassins

To me, it’s kinda a surprise that I would encountered the game in 2009, 2 years after the first game’s debut. I was immediately fascinated by the marvelous Reconnaissance background and jumped right into the epic plot of Ezio Auditore’s great vengeance. At the start of the game, it might seem to be a bloody vengeance where Ezio lost his father and big brother miserably and survived with his sister and come-psychosis mother. But just after more and more discovery of the secret organization enshadowed behind, turning the pages, he found the grand cause for him, and not only for him. In the progress of vengeance, the purpose has gradually transformed into the opposition against the mastermind organization – the Templars. And in the process of this, he not only found himself become a grown man, but also gained the lifelong cause of building and growing the rudimentary Assassin force located in Italy, and further into Europe.

This actually fascinates me a lot, about being amidst the growth and development of a man, a personality. He no longer is the bold and playful young man suited inside the cabin of his parents, he saw things, learned things, ugly things beautiful things, which led him to a higher ground ever before. It’s not only a game, it can be depicted as a growth of a man. Such big generosity of the game, exceeded the range of being a game, instead, a masterpiece of art.

The connection between me and Assassin’s Creed, is like, I deem it always as a companion alongside me of all these years. It companies me all the way, at the lowest point of my life, it gives me not only fun, also hope and comforting fantasy. It looks kiddish, but the justice’s been sung and fulfilled in the game gave me so much triumphs and comforts.

The trilogy of grand assassin master Ezio is the best of the franchise, I love the series.

The Berserker and His War for Independence and America

Ever after that, I played ACIII. The revolutionary American Independence War against British Empire. Played as Connor, the legendary berserker that liberated Boston and New York.

Connor compared to Ezio, is so different on all angles. He’s much bulkier; swifter, like a squirrel sweeping across trees in a forest; purer 😆 and simpler. But they share a common, the common named vengeance.

Connor is the same compared to Ezio for their motivations, the fire of vengeance is the whole that drives them into the war in early phases. Connor lost his family very early in his young age, he witnessed his village being burned down by Templars (Charles Leeeeeeee! Charles Leeeeeee! WHERE IS CHARLES LEEEEE!), and her mother died in front of him.

Unbeknown to his blood origin, he set himself on the road of being a simple forest Indian man, until he met his mentor Achilles Davenport. Achilles trained Connor to be an assassin, a true descendant to the Brotherhood. And boy is he a good learner. And this, has to thank for his lineage of the Kenway’s.

Connor’s father, a rather witty sly Templar Haytham Kenway, had left Connor alone after played with THE Indian woman. And they engaged later in Connor’s young age, as Connor mercilessly stabbed him to death. And still, Haytham is very proud of him. I guess this is just the indivisible love between families.

Connor’s road to America’s liberation was hard, and he devoted himself to the independence of his country even the country slaughtered his race. I think, this could be the big irony in this game. Makes people think.

Connor not only seeks the independence for the country, but also the independence of his own race. After the vengeance was done, that he killed Charles Lee, Connor started to help rebuild his homeland. The Davenport Mansion and its vicinity.

While the man’s end is certainly a mystery to all of us, his legacy left unknown. Only in the DLCs and later the game Liberation with Evilyn partnering with Connor we see of little follow-up of his later life.

But I certainly loved every second in the game of Assassin’s Creed III. A trivia is that, I was waiting a long time for the game’s Simplified Chinese version to come out. But very unfortunately, the game never did come out in mainland due to the freaking censorship system, so one year later, I bought it on Steam.

Mechanically, I still love the old control of climbing and freerunning in AC2 series. The new one that you can just hold the one single button to anywhere is nothing I like.

The Pirate and His Own Salvation in the Age of Discovery